The first nation’s people believed that their were stars that formed animals, one of the stories are about the dog stars. The dog star’s story is that Atima Atchakosuk (the dog stars), which Polaris is called Mahkan Atchakos, so as the story goes long ago the first nations had no dogs. So the people believe that the dogs relatives such as the wolf, fox, etc. so the thought the wolves got together and decided that two of them would go and live with the humans for protection. As did the coyotes and foxes so all left two pups all from the different animal, so each council of the packs were sent to all four locations of humans. As they now believe that because these four councils of animals so came all the dogs to in this world helping us by protecting and guarding are homes.

Another interesting fact is that in Cree, the Milky Way is called the Neepin Pinesisuk Meskinaw, which means the summer birds path. Interesting enough the first nations believed that since all the birds follow this path every year going south for winter and north back for summer. So they believed that this was the path for the birds because of them always following it. 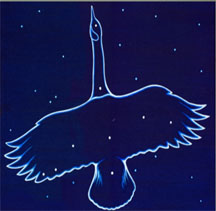 One thought on “First Nations Stars and Galaxies Belief”

Welcome to your brand new blog!

This is a sidebar and can be changed by going to Appearance > Widgets in your dashboard.